Influencer marketing has taken the digital world by storm, and it shows no signs of slowing down. In fact, with more people using social media platforms like Instagram and TikTok to connect with their favorite celebrities, influencers are only becoming more popular. Furthermore, top influencers can also earn anywhere from $1,000 to $20,000 every post!

Australia has also a lot of popular influencers on Instagram, and most of them are Hollywood actors, famous athletes, and glamorous models. Maybe you know some of these influencers, so let’s start and take a look at the top 10 most popular Australians on Instagram.

You may already know Chris Hemsworth since he is one of the most popular Instagram influencers out there. With over 54.5 million followers, he has a huge reach and influence on his fans. He often posts about his work, life, and family, giving his fans a behind-the-scenes look at what it’s like to be him.

Chris is also a popular actor in the world, thanks to his starring role as Thor in the Marvel Cinematic Universe.  In recent years, he also partnered with the likes of Audi, Boss Bottled, and Omega Watches.

While Chris Hemsworth is best known for his work as an actor, he has also ventured into other businesses in recent years. He has launched his fitness app, Centr, and has also invested in several startups. His involvement in these businesses has only served to increase his reach and influence on social media.

Born in Sydney, Australia. Hugh Jackman is the second most popular Australian on Instagram with 30.4 million followers. He’s a famous film actor with his role in the Marvel superhero series X-men. Not only that, Hugh successfully build his career and become a multi-award-winning actor.

He is also best known for his fashion and lifestyle posts, which often feature him in stylish outfits and are surrounded by luxury products. Hugh has worked with some of the biggest brands in the world, including Gucci, Louis Vuitton, and Dolce & Gabbana.

Katherine Langford was born in Perth, Western Australia, and one of the popular film actresses. She has 27 million Instagram followers.

Katherine is also best known for her leading role as Hannah Baker in the 2017 Netflix series 13 Reasons Why. Langford began her screen acting career in an episode of the television series Sons and Daughters, before taking on roles in other Australian television shows such as Home and Away and Wizards of Waverly Place. In 2016, Langford made her film debut in The Misguided, and also appeared in the short-lived American television series Billions.

Margot Robbie is one of the most popular actresses on Instagram, with over 23.7 million followers. The Australian actress is known for her roles in movies like The Wolf of Wall Street, Suicide Squad, and I, Tonya. She often posts behind-the-scenes photos and videos of her upcoming projects and pictures from her personal life. In addition to being a successful actress, Margot Robbie is also a producer and has her own production company, LuckyChap Entertainment. However, on June 13, 2021, Margot Robbie reveals that she was taking a break from social media.

Ruby Rose is an Australian model, actress, DJ, and television presenter.  Rose first began modeling at the age of 16. She has since appeared in numerous fashion campaigns and magazines. Now, she's one of the most followed celebrities on Instagram with 19.2 million followers.

Rose is best known for her role as Stella Carlin in the Netflix series Orange Is the New Black. She has also campaigned for gender equality and LGBT rights. While in 2019, she was honoured with the Human Rights Campaign's Visibility Award.

Iggy Azalea is a rapper, singer, and songwriter born in Sydney, Australia. She first gained recognition in the US after releasing her debut mixtape "Ignorant Art" in 2011. Since then, she has gone on to release two studio albums, "The New Classic" and "Digital Distortion", and has been nominated for several Grammy Awards. She has over 16.1 million followers on Instagram.

Tammy Hembrow is an Australian fitness model and social media star. She has over 14.8 million followers on Instagram and is known for her curvaceous figure and fashion sense. She is the founder of the fitness and lifestyle brand, Tammy Fit, and has amassed a large following on social media platforms

Tammy first rose to prominence after she posted pictures of her post-pregnancy body on Instagram, which went viral and inspired other women to embrace their own bodies. She has since become a role model for many women who appreciate her honest and open approach to fitness, health, and motherhood.

Kayla Itsines was born in Adelaide, Australia, in 1991. She began her career as a personal trainer in 2008, and soon after, become one of the most well-known names in the health and fitness industry. She developed the Bikini Body Guides (BBG) workout program, which has helped millions of women around the world get in shape and achieve their fitness goals.

Kayla also gained a lot of followers on Instagram with over 14.5 million followers. In addition to her fitness work, she is also a successful businesswoman, and in 2017, she was named one of Forbes' 30 Under 30 list of entrepreneurs.

Miranda Kerr is an Australian model, actress, and businesswoman. She began modeling in the fashion industry when she was 13 years old, winning the 1997 Dolly magazine model search competition.

Kerr was the first Australian Victoria's Secret model and also represented the Australian department store chain David Jones. She has also launched her own brand of organic skincare products, KORA Organics, and has written a self-help book, Treasure Yourself. In 2017, Forbes magazine ranked Kerr as the second highest-earning model in the world, and has over 13.3 million followers on Instagram. She’s married to the Snapchat co-founder and CEO Evan Spiegel.

Liam Hemsworth is one of the most popular actors in the world, and he has a large following on social media with 13 million Instagram followers. Hemsworth began his acting career in 2007 with guest appearances on the television shows Home and Away and McLeod's Daughters. He is best known for his roles in The Hunger Games and Independence Day: Resurgence. Liam is an active philanthropist, and he has worked with a number of charities over the years.

Boost your sales and convert leads to clients with our social media services. Claim a free marketing audit for your business (worth $2k) today. 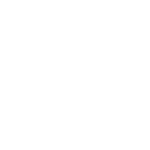